A few months ago I overheard some guys talking about a recent event where someone was caught breaking a hunting regulation.

The guys were siding with the hunter, stating that although he broke the law, it was unintentional, and “all hunters have violated a regulation at one time or another.”

That statement caught me off guard, and certainly left a bad taste in my mouth, but I thought a lot about it, and there’s actually some truth there.

It is our responsibility, as hunters, to follow the law, even if the law may be hard to follow.

Many states have regulations that are confusing or easily misinterpreted, but it is still the hunter’s responsibility to seek clarification on such rules.

This topic has hit close to home recently as I prepare to hunt in three states this fall.

I’ve come to realize that there are five main categories where hunter’s get into trouble, and where they need to seek clarity for each and every state, season, and animal that they hunt. 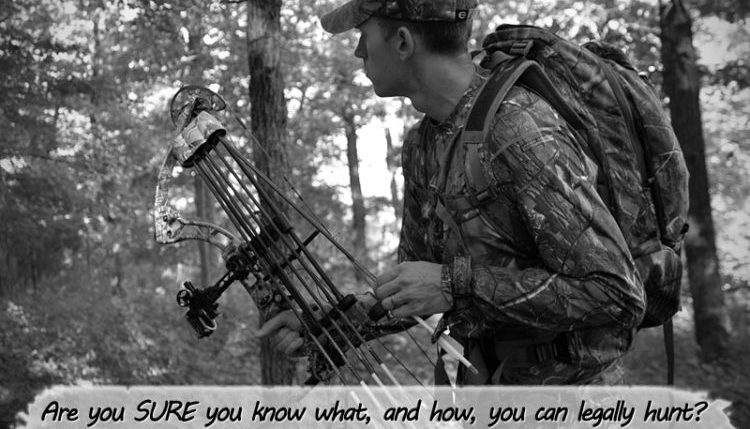 Don’t Be an ASSumer

You might think, once you begin looking at the categories below, that these are very basic rules. But assumptions are when get a lot of hunters in trouble.

Just because you think you know, doesn’t mean you know.

Maybe you’ve hunted the firearm rifle season in your home state for the last 20 years; you probably think you know all there is to know. But, I can guarantee you this – the regulations for that season have changed in the last 20 years.

In fact, I would be willing to be that they’ve probably changed since last season. Familiarize yourself with the regulations before each and every season you hunt.

The “when” and the “where” are very obvious details for most hunters, but as state game agencies take a more micro approach to harvest management, the regulations surrounding time and place probably aren’t as “cut and dry” as they once were.

For example, in my home state of Missouri, there are entire “seasons” of hunting that aren’t valid in specific areas of the state. Heck, in one of the counties that I hunt there is a property that has antler restrictions in effect on one side of the road, but not the other.

(Seriously!) Additionally, my Kentucky elk tag is good for one season, but that season spans two separate date ranges. Be sure to check out other details, too – like the exact legal shooting hours for the day(s) that you’ll be hunting.

Are you sure that your weapon is legal? “Of course,” you say, “I’m using my compound bow during an archery season.

What’s there to worry about?” Well, what about your broadhead, for example…

Are mechanical broadheads legal where you hunt? Does the cutting diameter meet the state minimum requirements? Could the blades be considered “barbed”, and is that legal where you’ll be hunting?

We could talk all day about other particular regulations surrounding bows, crossbows, and firearms. Be sure your weapon is legal! 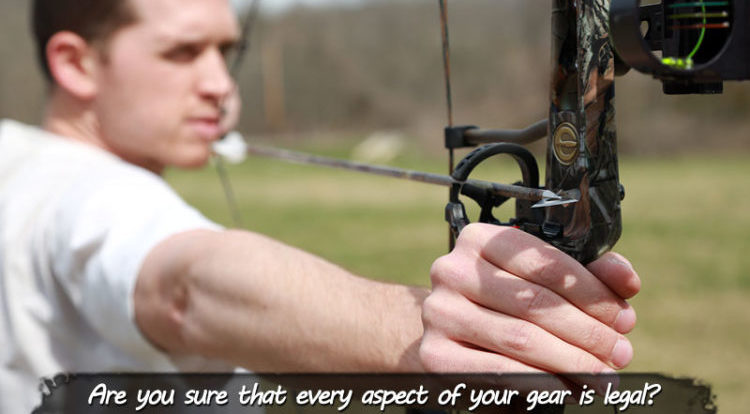 Are you sure that YOU are fully qualified and equipped to be hunting? Do you have the proper hunter safety credentials? Do you carry those credentials with you? (I know I’ll have to carry my card while hunting elk in Colorado.)

Do you have the necessary legal/written permission to be hunting the private land that you’re on? Are you wearing the legal requirement of blaze orange? (And is your blaze orange legal? “Camo blaze” isn’t sufficient in Missouri.)

Before you pull the trigger, be sure you know – without a doubt – what you can, and cannot legally shoot!

Be mindful of considerations such as antler point restrictions, visual indicators of sex, prerequisites (such as the “earn a buck”-type of regulations), and restrictions on the number and “sequence” of animals you may harvest.

An example that I’ve run into here in my home state is that new bowhunters receive their set of archery tags, which includes two “either sex” deer tags, but they don’t know that they can only harvest one buck before rifle season using those “either sex” tags. (The other can be used on a doe, or used for second buck after rifle season.)

Is it legal to shoot a bearded hen? A bull/buck must have how many points on one side, or a tine length of at least what, again?

The regulations don’t end when the trigger has been pulled. You must be sure that you properly harvest, transport, and process the animal according to the law.

Do you have to telecheck the animal, visit a check-in station, or can you just begin processing? If you begin to debone the meat, do you have to leave evidence of sex attached? Speaking of the meat, what is legally required to take and use? Will you be violating a wanton waste law if you don’t take the little strips of rib meat?

As you can see…

The rules and regulations that exist for hunters may seem burdensome, but they – for the most part – exist for very good reasons.

I’m not going to lie – it can be a lot of work to stay up to date on all of the minute details, especially when you’re hunting in multiple states and/or hunting seasons each year.

But it’s worth the time to know that you’re doing your part to be a responsible, ethical hunter. Next time you see the game warden, and eventually you will run into him, have confidence that you are playing by the book.