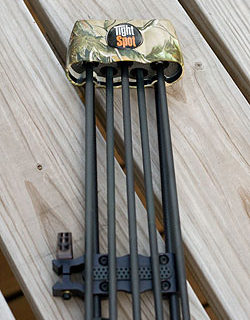 It isn’t often that I start a review with something negative, especially on such a great product such as the TightSpot, but let me get this out of the way… There is only one downside to this product, and it is the price.

At $130, the TightSpot isn’t cheap, but price aside – everything else about this quiver is perfect.

When I first heard about the TightSpot, I literally laughed at the price, just as some of you may be doing right now.

After all, what can a $130 quiver do that my $30 quiver can’t? I certainly didn’t need to spend $130 to hold my arrows until I got to my treestand, because once there, I was just going to remove my quiver from my bow anyway.

It wasn’t until I tried spot & stalk hunting, that I realized I did need a quiver on my bow, and I did need to shoot with it on. All of a sudden my quiver was more than an arrow “transportation” device, and it was now a critical piece of my bow setup.

If I couldn’t shoot well with my quiver, I was in trouble.

However, I still wasn’t sold on dropping $100+ on a quiver…it just didn’t seem necessary. If you are a treestand hunter only, I don’t think it is necessary.

If all you are going to do is use your quiver to get to your treestand, and then take it off to shoot, then there are 130 better ways to spend a buck. But, if you are one of the many who spot & stalk game with your bow, or for any other reason need to shoot with your quiver, you should look at the TightSpot.

Why is a TightSpot Quiver Better

The TightSpot weighs in at 11.36 ounces, is 19 3/4″ in length, and it holds 5 or your favorite arrows. The TightSpot comes in both right- and left-handed versions, and is available in Matte Black, Realtree AP, Realtree APG, Realtree Max-1, Mossy Oak Infinity, Mossy Oak Treestand, and LostCamo.

Now that we have those details out of the way, let’s take a look at what makes the TightSpot really special. 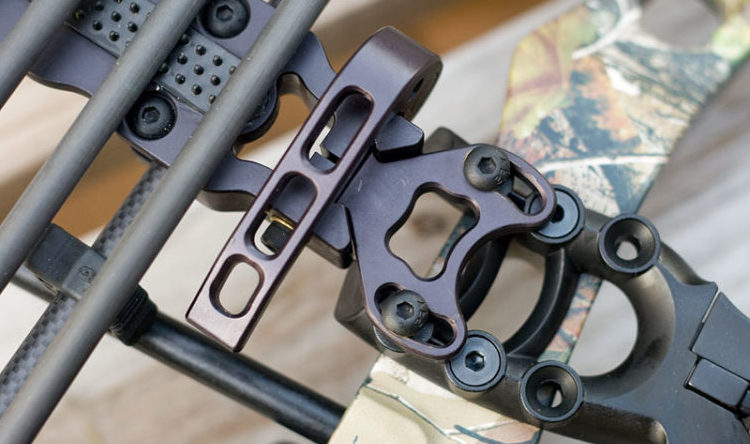 My quiver is set up to be angled forward; the hood of the quiver is closer to the front of my bow, and the tail-end of the arrows is angled toward the rear of my bow. This setup puts the mass of the quiver slightly forward, which helps me with holding steady and following through with the shot.

The TightSpot quiver gets its name from how “tight” the quiver can mount to your bow, which is a feature of how slim the quiver is, but also of the way in which the mounting bracket is designed.

As you can see in the photo to the bottom left, I have the dove-tail facing in, and I can get the quiver mounted so close to my bow, it can actually touch the limbs. (Which we obviously don’t want.) The photo on the bottom right depicts how close the quiver is to my top limb, which again could be mounted even closer.

The closeness of the quiver to the bow is one of my favorite aspects of the TightSpot. When shooting with other quivers, I always felt as if the quiver was way outside my bow, which messed with my balance. 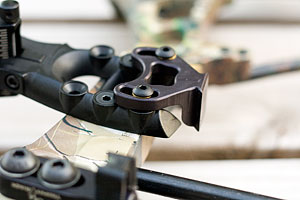 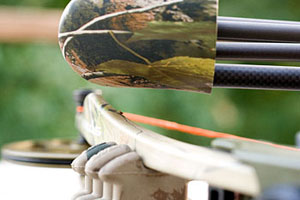 Again, we see a simple but very effective solution to a common problem. 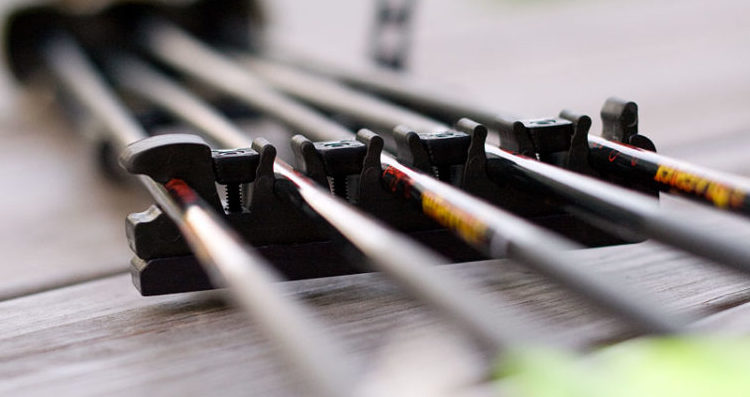 As it turns out, my favorite feature of arrow containment on the TightSpot is actually what I thought was going to be the most “gimmicky” feature that I saw advertised about the TightSpot.

Did you notice the arrow on the right in the above photo, and how it is contained differently than the others? This arrow is the arrow that is closest to you as you shoot the bow, and instead of having to reach around to the quiver, and pull this arrow out to the side to remove it, you can simply pull this arrow straight back to you.

This is what TightSpot refers to as their “Quick Draw” system. The idea is to make your number one arrow easily accessible, and also be able to remove it with less movement.

When I first heard about the idea of the Quick Draw being able to help you remove any arrow with more stealth, and therefore less of a chance of alerting game, I thought it was just some marketing gimmick.

The design is actually very effective! Removing an arrow from the Quick Draw spot does require much less movement than removing any of the other arrows. If you ask me, it is actually a very clever and useful design element. 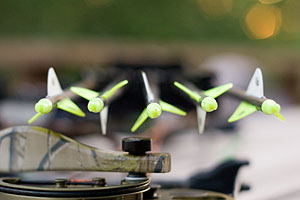 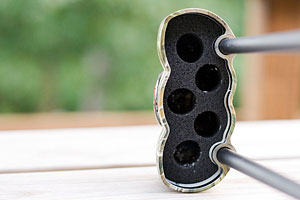 While we are on the subject of arrow containment, let’s quickly talk about two more features of the TightSpot. As you can see in the photo above-left, there is plenty of room for fletching clearance between arrows.

This clearance is achieved by the way in which the TightSpot aligns the arrows – slightly fanning them apart at the rear.

In the photo above-right you can see the inside of the arrow hood. The foam is pre-cut and very deep. I have had no problems with getting big fixed-blade broadheads completely covered, which is a critical element of safety. Also, the pre-cut holes allow for easy use of mechanical broadheads, and prevent them from deploying in the quiver.

So, how does it shoot?

I think that the TightSpot does a lot of things right. They have really thought through all of the small details regarding adjustability and function.

However, as important as those small things are, the one major thing that TightSpot has going for it is that you can actually enjoy shooting with it on. Some TightSpot users even say that they shoot better with it on!

When is the last time you heard someone say that about a quiver?

There are several reasons that the TightSpot shoots so well.

Since the quiver is mounted tight to the bow, it resists torque compared to other quivers which are weighted off more to the side. Also, the TightSpot has taken every precaution to prevent noise from the quiver, and actually help eliminate noise from your bow.

TightSpot has done everything they can to make this quiver silent, from the rubber arrow grippers, to the fletching clearances, to the mounting bracket, and the rubber support between the quiver and the cable guard slide…it all works!

I could go on and on about this quiver, but I think the one thing that I can say above all else is this: I haven’t taken it off since the day that it was installed, and I have actually enjoyed shooting more with it on than I have with it off.

There is one downside to the TightSpot, and that is the price. However, if you need a quiver that you can shoot with, look no further…this is the best there is.