Most rutting reports seem to have a common clue that whitetail rutting in many states is downhill – if it ever was uphill. Although there will be some estrus breeds, most Bucks will soon transition to their home winter range. For the dedicated bowhunter, this means attempting to notch a tag during the post rut. 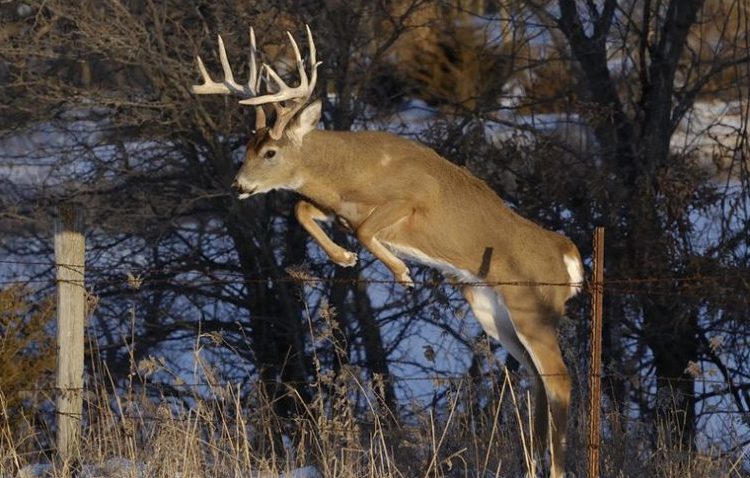 It is with high hopes that bowhunters anticipate an action-packed whitetail rut.

For many, it’s the time of year they hope will offer an opportunity to harvest the buck of a lifetime. Vacations are scheduled, sick days used and all the excuses one can muster are leveraged in order to spend more time in a stand or ground blind.

Now that the majority of does have been bred, deer have been pressured. Colder weather has them seeking food and they are heading into adequate thermal cover, many bowhunters are discouraged at the thought of hunting past the peak rut.

A few recent Facebook posts from frustrated friends have reflected feelings of failure due to still having a tag to fill. But, post rut is not the time to give in to fate; it’s time to strategize.

No matter how disappointed you may feel because of your lack of success, the post rut offers some excellent hunting opportunities. Here are a few simple tips that just might help you notch that tag before the season closes.

In most states bucks have been pressured for a couple of months now. These weary and leery deer know just where to go when seeking a sanctuary away from human pressure.

It never ceases to amaze me where a tired and pressured buck will hang out following the rut. It doesn’t have to be a very large area, just thick. These places can be small woodlots, overgrown cow pastures or small but dense thickets; anywhere a buck can feel secure.

If you have access to the property with an out of the way cedar thicket, pine grove or a patch of undergrowth so thick you can hardly walk through it, discreetly hang a trail camera on the outside edge of this area and see what buck might have found refuge there.

During the post rut, bucks seem to prefer smaller but denser locations more than any other time of the year.

Not only do these out of the way places offer security, but most of the time they will also offer thermal cover. With chilly nights and cold wind, deer will seek to find places where they can conserve energy in order to stay warm. Often times these hideouts will have a south-facing hillside where deer can soak in some sunshine during the midday.

One of the places I used to hunt late season was a small woodlot that had a giant bowl in the very center of it. It was laced with cedars, offered security and had plenty of thermal cover. This unique spot had everything a deer wanted and was a perfect late season sanctuary.

The trick is to locate where that buck has decided to hang out after his many late nights with the ladies. Post rut bucks are seeking to recuperate from long nights and countless brawls. Finding those out of the way sanctuaries will usually yield an opportunity at taking a quality deer.

There is little doubt that Marc Anthony of Marc Anthony Outdoors is a big buck killin’ machine. This guy doesn’t just talk about bowhunting whitetails, he has the proficiency and access to property to make it happen. Marc’s strategy for scouting is to use what he calls a 200-yard rule. Meaning, if you find proper bedding, water and food all within a 200-yard radius, there’s a good chance that it will hold a mature buck.

This also applies to the post rut. Now that bucks are returning to their home ranges, they will still be seeking food, water and secure bedding. During post rut, add a little imagination to the 200-yard rule by scouring aerial maps for hidden gems. 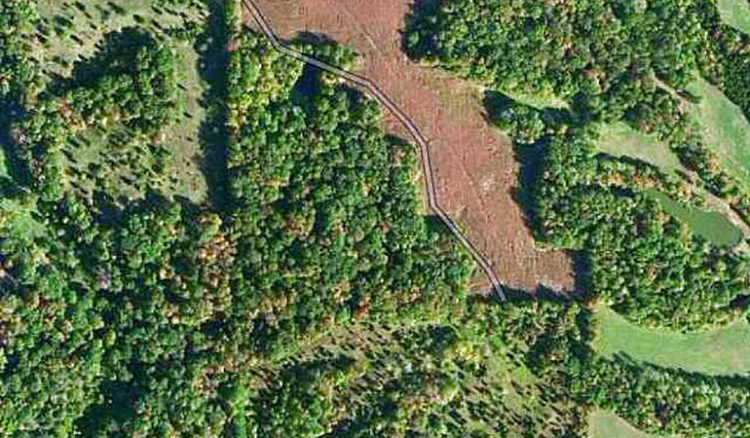 Breeder bucks can lose up to 25-30% of their body weight during the rut. Post rut finds them in desperate need to restore fat and energy reserves. Now that bucks have used up fat stores, they will be seeking high-calorie food sources.

As hunters we put a lot of stock in the peak rut, therefore, it’s difficult to let go of the hope of finding that one last buck who might have a lady on his mind. We’ve hung stands in transition areas, funnels and “pinch points” in hopes to intercept that rutting buck. In some cases hunting your current location might work, but for the most part, does are also looking for food sources and travel patterns are changing. Hunting post rut bucks means carefully assessing your current stand placement and possibly relocating to a new location that has you targeting a primary food source.

The post rut will find bucks near primary food sources where they can adequately replenish their worn out bodies. Although the majority of row crops have been harvested, standing corn, corn stubble and uncut soybeans are all primary food sources post rut. Winter wheat, oats and food plots also serve as prime food sources. If hunting an area with little access to agriculture, deer will be scouting for the last of verdant browse, honey suckle and acorns.

Understanding the physiological needs of a whitetail during the post rut is key to locating where a buck will be hiding.

Facing a deadly cocktail of lowered testosterone, depleted energy levels and cold temperatures, bucks not only have to consume calories, but conserve energy as well. For efficiency, post rut bucks will limit their travel to and from bedding and primary food sources. These short travel corridors become key spots to intercept a post rut buck.

Taking into consideration how bucks conserve energy and adjust their travel patterns accordingly, try to locate transition areas between primary food sources and bedding within a buck’s home range. Finding these transition areas just might have you standing on his front door step.

Biologists tell us that in approximately 28 days after the peak rut, mature does that was not impregnated will cycle into estrus a second time. It is also during this time that a percentage of 7 – 8 month old doe fawns will enter their first estrus cycle. In order for doe fawns to reach breeding eligibility, they must be of proper weight (determined by region), have adequate habitat and exceptional health. This time of the breeding season is often referred to as the “late” or “secondary” rut. 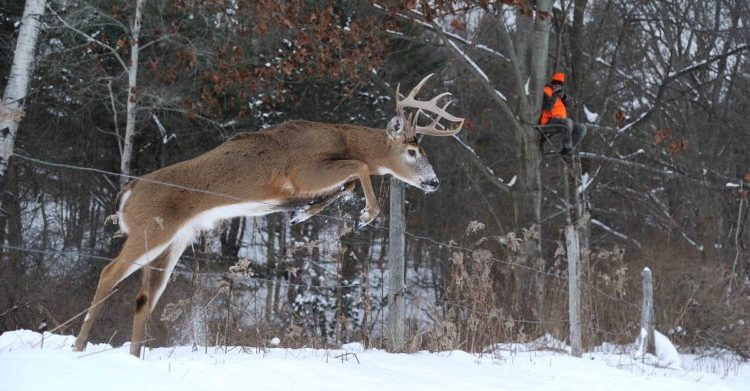 Although there are no hard and fast dates to attach to the secondary rut; in the Midwest, the majority of the late rut will occur in December and can stretch out as far as February.

During the secondary rut, one cannot expect to see the hard rutting activity associated with the peak rut. Being willing to accept what might seem like limited buck activity should not discourage you from patiently keying in on doe groups and their food sources. Keeping an eye on the does can still offer an opportunity at a buck that you might not have had otherwise.

At this juncture in the season there is a lot of pressure on the bowhunter to harvest a buck before the last bell rings. The overwhelming temptation for all of us is to push hard in an attempt to get the job done and avoid the taste of tag soup.

This immense pressure can push us to make mistakes.

When hunting post rut bucks who are extremely apprehensive, we can’t afford to be the one making mistakes. In order to be at our best, sometimes it’s necessary to get some physical rest and at the same time give those stands a rest. These bucks have been pressured and so have you. Sitting out for a week will do you and the bucks a world of good.

It’s not easy to see your constituents out hunting while you’re spending time with the wife and kids. Nevertheless, it is a sound strategy. Lessening the pressure in any given area will increase your odds the next time you hunt that location.

When the mercury plummets, deer have to eat to stay alive. That means on those days when it’s so cold that you question your own sanity for hunting — you’re doing the right thing. Bundle up and remember that deer will have to feed during the day to sustain their calorie intake.

Deer will also feed according to pressure systems. Watch the weather and pay attention to the barometer. If there is a snowstorm headed your way, get to the stand one to two days ahead of it. Those deer know it’s coming and will be feeding in an effort to prepare for the storm.

Post rut hunting may not be as exciting as when bucks were chasing, but it’s still a very productive time to hunt. Pack those hand warmers and some high calorie food, nock an arrow and believe all things are possible.