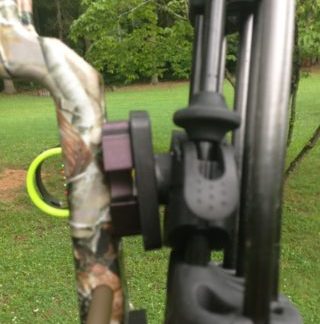 After turkey season ended back in May, I started making some adjustments to my gear to prepare for the fall.

I bought some new broadheads, fletched up some more arrows, tuned the bow, and started looking for a new quiver.

I haven’t shot a quiver on my bow for about a year, and felt like it was time to try one of the many new quivers out this summer.

After lots of research and comparing features with price, I chose the Head-Loc Quiver from G5 Outdoors.

The quiver seemed like a great deal for around $50. It included an extra screw-in tree mount for the quiver, and held 6 arrows instead of 5.

I watched a couple of review videos, read a few articles, and placed my order. When I received the quiver, I was very pleased with the initial function and quality.

Mounting the quiver to the bow was simple, and pain free. The locking mechanism worked great and held the quiver snug to the mount.

I was sure the rubberized components would reduce noise. Heck, the thing even looked sexy on my bow. I was very pleased with the new quiver, for about a month. 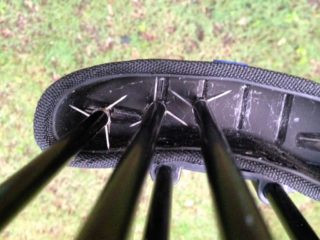 As I started testing out the new Muzzy Trocar broadheads, I realized they would not fit into the quiver’s housing without a little contact.

As I inserted the broadhead, the fixed blade would scratch and cut the woven edge around the quiver’s top.

Once inside, I had to turn the broadheads to achieve only micro-clearance between the tip of the blade and the quiver’s plastic insert.

Putting three fixed blade broadheads into the quiver was like a game of Tetris. It was possible to get 3 side-by-side, but it required careful spinning and gentle extraction.

While it works, it’s more headache than I wanted to deal with in a hunting scenario. It seems this quiver would work better with mechanical blade broadheads than fixed.

When I first attached the bow mount, the quiver locked in place nicely. The rubberized peg was securely held by the clasp on the quiver.

Only a few weeks later, the secure hold started to loosen. After shooting my bow with the quiver on a lot, to practice for hunting, I noticed the quiver had a wiggle at the shot.

Look at the picture above. Do you see where that pin on the right is working it’s way out?

That happened constantly. I probably pushed that pin back in 10-12 times over the course of a few weeks.

Do you also see where the clasp is not grasping the rubber stud on the bow mount very well? I noticed that too…

One afternoon, I picked up my bow to take some practice shots and noticed a swaying feeling in the bow. I inspected my rig and saw the quiver was canted away from the bow at a very weird angle.

The Head-Loc clasp had totally loosened. I was able to reach up and remove the quiver without unlocking it, but not before noticing that the arrows were directly in the way of the string.

If I had fired the bow without noticing the arrows were angled into the cables/string – things could have been ugly.

I laid the quiver aside in frustration, checked all my other gear, and shot a few arrows to clear my head. 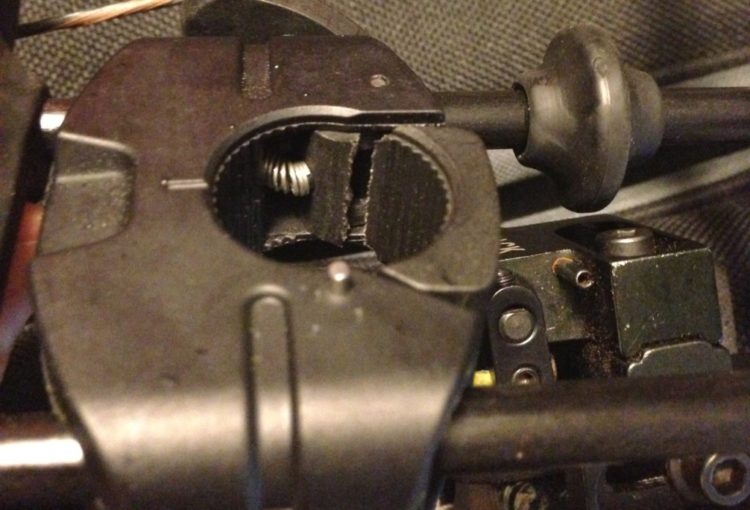 Once I had a few shots out of my system, I took everything inside and began to examine.

At first, everything seemed fine. The lever was working. The quiver looked okay. The pin had worked its way out again, but that was nothing new. I finally looked inside the Head-Loc clasp and saw that it was broken. Ugh.

I could put up with arrow holders that were finicky. I was prepared to use either my mechanical blade broadheads or play Tetris with my Muzzys.

And I had even worked out a system to take my broadheads out and use the edge of an arrow insert to push the protruding pin back. No matter how accommodating I could be, this just wasn’t meant to be.

I think G5 is a great company, that makes great bows and equipment. I have had GREAT success with G5’s S.G.H. broadhead, and love their PRIME series bows. And I use and recommend them.

I also realize that $50 is not a huge sum for a quiver (some are priced at $140). But at any price, I expected quality and function from their products.

Unfortunately, the Head-Loc quiver is not getting any thumbs up from me right now. Perhaps they can redesign the Head-Loc and solve some of these problems.

I haven’t tried their newer Head-Loc quivers, and they may have addressed these issues in the design. But for now, I am choosing another quiver option.

So what do you recommend? What quiver should I try? I’m leaning towards ordering a TightSpot and making the investment in my piece of mind.