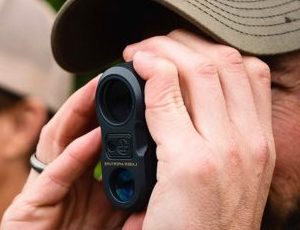 When you’re out looking for a trophy buck and finally stumble on one, you don’t want to leave your shot to chance.

It could be the only shot you get to take the whole day, so don’t let your trophy run away because you misjudged the distance and shot too low.

Getting a quality rangefinder will help you avoid that frustrating feeling you get when you mess up your shot and your trophy gets away.

Everyone has guidelines for what will make a good rangefinder, but when you’re crouched in the brush and there’s a trophy whitetail buck nearby, you want to take the best shot possible.

A big part of that is knowing how far away you are from your target.

Angle and slope calculation can sometimes be the difference between hauling something back to the truck. And a story of getting so close and coming home with nothing after a near miss. No one wants that, and that’s where the rangefinder comes in.

Rangefinders have quite a few uses, so it’s important to get a unit that is made for hunting. The most other common rangefinders are made for golf, and do not work well for hunting at all.

This makes sense if you think about it. 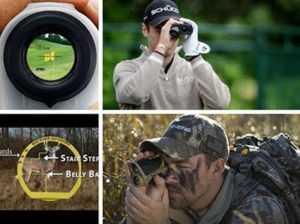 Getting a unit specifically for hunting will help you make sure that you’ve got the correct distance and that you can put the proper amount of power behind your shot (if you’re bow hunting) to get it the distance it needs to go.

These things can be really handy when you’re in the field searching for that trophy.

But they are not just for finding distance between you and your target.

They also work great at figuring out distances to trees, rocks, or other physical landmarks near your kill zone. So you know about how far the animal is without having to consult your unit while the animal is walking by.

You can just draw your bow and know that when your target is in front of the tree.

Here’s a video from Mudd Creek Outdoors showing you how to do it:

One of the Other Benefits

It can able to measure the distance to trees is that if your target is stationary (say feeding or bedded down) you can range in the animal, then range in a nearby tree or rock that you want to sneak up to and take a shot from.

You can subtract those two distances to figure out how far of a shot you’ll need to take.

This will tell you if you’re close enough or if you’re too far. I’ve had plenty of times where I thought I was close enough to shoot, but after ranging in I found that I could get a bit closer behind a well covered tree or rock and take a much higher percentage shot.

To put it simply, they send out a laser that will hit the target you’re trying to hunt.

And the beam will bounce back and when that happens. The unit calculates the distance between you and your target based on the time it took the laser to get from you to your target and back again.

But in reality, there are a lot of different things that could come into play.

When you’re using one that could muck up your results if you’re not careful. These things include wind, rain, other objects (like rocks and trees) and many other things.

There is also part of the technology that can skew results. You have to think of a rangefinders beam like a flashlight. Now imagine that you’re holding that flashlight walking around and you stand close to the wall.

When you’re standing close to the wall with the flashlight pointed at that wall, you’ll notice that the beam from the flashlight is very focused on the wall.

And the circle shape that it leaves is very focused and very small. Now, when you start to take steps away from the wall, your circle of light gets bigger and bigger.

Unfortunately, the same thing happens when you are ranging in a nice bull elk. The closer the elk is to you, the better reading you will get from your unit. And the further away you get, the less accurate your unit will be.

As we all know as hunters, we want to be as accurate when shooting as possible. So we don’t miss our target completely and end up going home with nothing but a story.

We also want to make sure that we are able to take a clean shot, and having an accurate range on your target is very much a part of that. 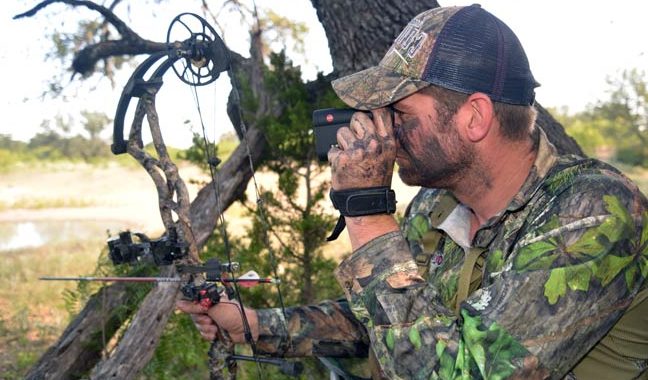 If you’re a bow hunter, your unit will still work the same as the ones. Specifically designed for rifle hunters will work, but they may not work as well.

A lot of bow hunting depends on getting close to your target, and that usually means above the animal (or below) on a hillside.

But they do come with some risk because you are not shooting straight. You’re shooting from below or above the target, and you need to determine how that will affect the flight path of your arrow.

Typically, this is done with math and no one wants to do all of that math in the field when you’re focused on trying to bring home something to hang on the wall.

To fix that problem, many manufactures have created a system called ARC.

It stands for angle range compensation.

This will not only return the range of your target when you’re out hunting. But if you have it in the ARC model then it will also include a “shoot like” distance.

For instance, if you’re above a nice bull elk and ready to shoot but he is 25 yards away according to the rangefinder, you may need to shoot like he’s 20 yards away because of the fact that your elevation is higher than the elk and you are shooting downhill.

Advantages of Carrying a Rangefinder 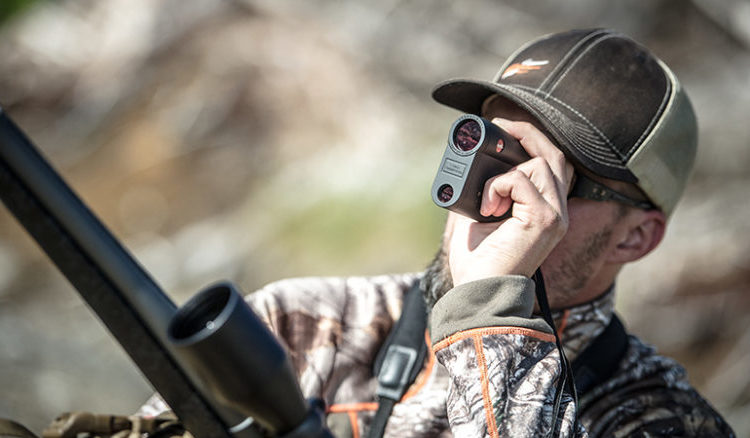 Say you’re looking across a field and find your trophy bull elk that’s somewhere between 300 and 400 yards. It’s a great opportunity and a trophy bull that you really want to harvest.

If you guess, you may end up shooting too low and watching the shot whiz away between your trophy’s legs. With a rangefinder, you can be sure how far away you are, and then make appropriate adjustments so that you can harvest the elk that won the trophy.

When you’ve got an animal in your sights, but have found you’re too far to shot, what should you do?

You can use your rangefinder to take the distance between where you want to shoot (say behind a large rock that you will sneak up to).

And then calculate the distance from your trophy to the point where you plan on taking your shot.