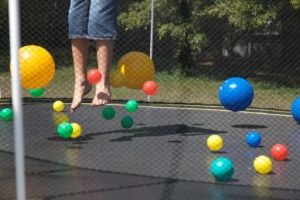 When it’s a nice day out, one fun thing to do in the yard is to play on a trampoline.

While jumping for no reason could get tiring, you could set up trampoline games that are fun and use the trampoline.

We’ll go over these games as well as the rules so you can try out the trampoline games you like:

This is a great choice if you want your children to get fresh air outside and it’s a simple game to play. As long as you can jump high on the trampoline without risking injury then you should have no problems playing this game. The ball that would work best for this game is a tennis ball. The game also works best with a couple of players.

#2 Piggy In The Middle

As your children grow up, they’re going to like certain songs and musical artists. You can use your children’s favorite music to make up a trampoline game.

If your children have a bunch of friends over.

Any amount of people can play the game so this is one you could save for a birthday party or some other celebration where many people will be attending. Musical Bounce is a game that has to do with rhythm. 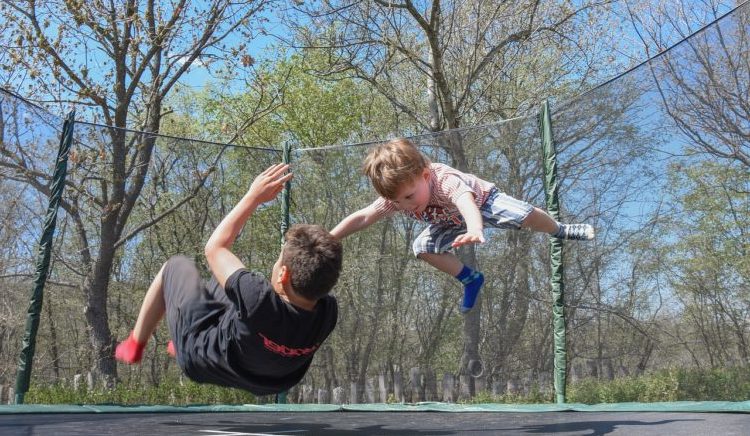 When a new song plays, the player that has been jumping the longest to the old rhythm is eliminated from the game.

Like the last game, you can play this game with more than two or three people. This will also exercise a person’s memory. and will require the attention of people playing the game. 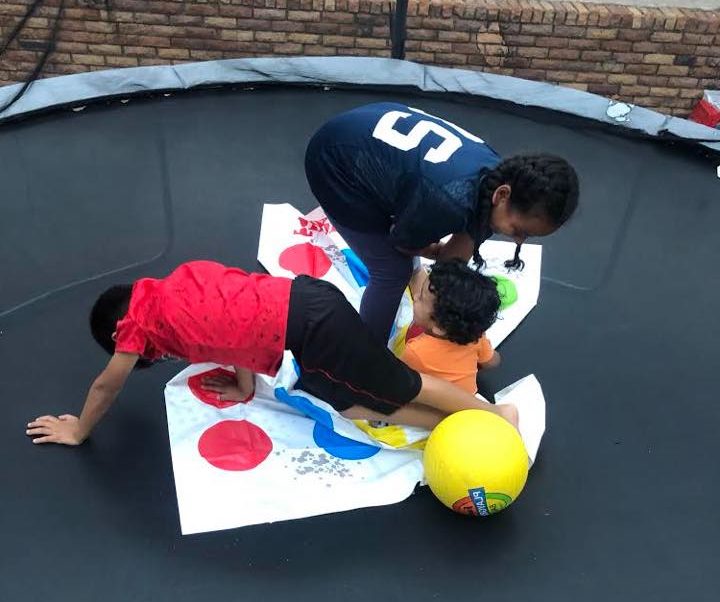 #5 Birds In The Nest

The first couple of games required only one ball. To play this game, you will need balls of different colors for this game.

Kids who play this game will be running, throwing, and searching so this game is another one that will keep kids healthy by getting them outside.

These are just a few trampoline games you can try out on the next day that the weather is nice. You might find a game that becomes a favorite past-time. As long as you have a trampoline in your front or back yard, there are many different games you probably have not tried yet.