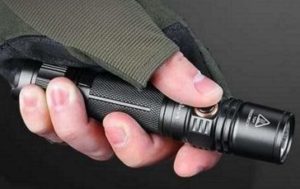 No matter if you’re looking for a tactical flashlight for your Every Day Carry, to put in your pocket, or for your Bug Out Bag, car or in your Disaster Preparedness kit.

Tactical Flashlights are some of the best you can buy due to their rugged, tough design.

For every need by giving you an insight into the flashlight’s construction, brightness, how long it will provide usable light and what kind of batteries it takes.

Pricing varies widely with tactical flashlights, but you can expect to find really good light for around $25-$75 that provides long light and powerful brightness that can really light up an area.

Most lights these days use LED (Light Emitting Diode) technology, providing more light for less power. This gives you a substantially longer battery life than you’d see from an older conventional incandescent light.

Tactical Lights are popular because they generally are designed to withstand the elements, put up with abuse in critical situations, and most of all, provide reliable, bright light just when you need it, every time you need it.

There are common features among many tactical flashlights. The big difference between good and bad lights is in the quality of construction. 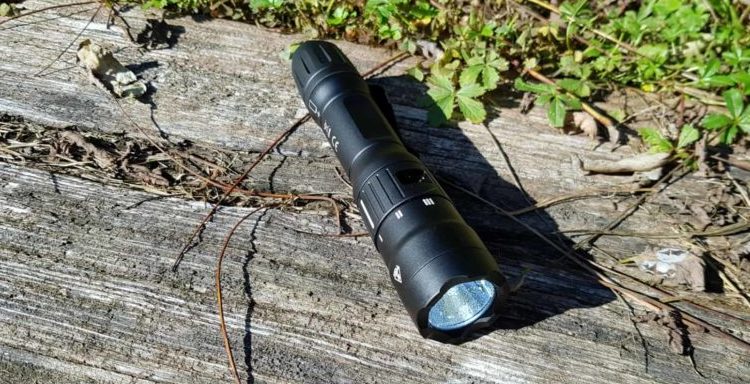 The better lights tend to have better machining on the threads to the battery cap, more efficient electronics, better switches and of course, more powerful, energy efficient LEDs.

This usually is the housing that surrounds the light head.

The clear glass or plastic at the end of the business end of the flashlight that light passes through.

Some flashlights will use glass, but to cut costs, even some of the more well known manufacturers are switching to plastic. The lens will either be flat, or projector style where the lens is curved to focus the beam of light as it passes through.

The reflector is the shiny piece you can see through the lens, that surrounds the actual light.

There are many variations of reflectors, but generally speaking, the better tactical light reflectors will reflect more light than cheaper ones.

The cylindrical part of the flashlight that the battery or batteries sit inside.

Better tactical lights will use thicker material for the body to protect from damage, and at both ends, the better lights will also have o-rings to protect against moisture.

On a Tactical light, you will often find the on/off switch located on the tail cap for easy thumb operation.

The better tactical lights will waterproof the endcap with seals and o-rings.

LEDs as a Light Source 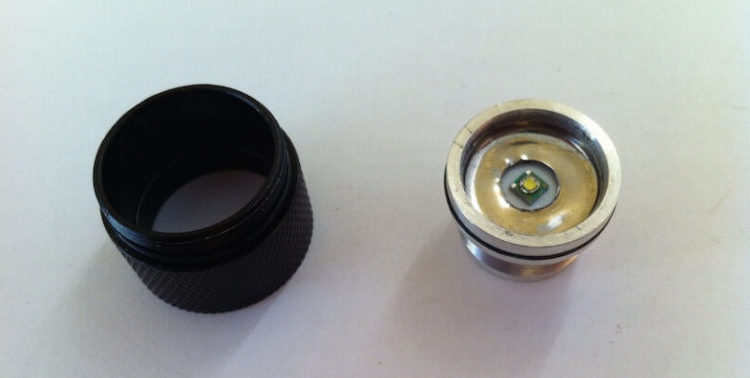 The LED technology allows the manufacture of very inexpensive, but extremely powerful light that lasts as much as 100,000 hours before the LED burns out. That’s over 100 times longer than incandescent or xenon bulbs that have a filament inside.

Also, It’s worth noting that LEDs do not use filaments, and are solid, so if you drop a tactical light that uses an LED, you will have a much less chance of breaking the light.

You don’t have to be inactive military or SWAT in order to have and use tactical lights.

In fact, they’re so popular that they’re the top sellers of all flashlights in 2019 and so far in 2020. It’s for good reason due to their reliability, durability and smaller form factor (compared to a six cell Mag Light, for example).

Most people will just have one or two cheap flashlights in their house and car. Usually they’re dim incandescent “C” cell lights that give you at most, an 8 hour run time.

During Emergency and Disaster situations, you need a light that can balance powerful light when you need it with long lasting light to get you through hours or even many nights of being without household light.

Remember the North East American blackout of 2003 that lasted from three to 10 days depending on where you lived? Even if you didn’t live through that as I did, you can imagine how important light is too even the most common things. And when there’s absolutely no light in the city, things are a lot darker than you might realize.

As such, I keep flashlights in the following places:

It may seem a little extreme, but I assure you, there’s nothing like having light when you need it, or at the very least, knowing that you’re never more than a few feet away if you need it.

The worst is to find yourself in a position where you need light, but you have no idea where you put a flashlight, good batteries or even if you own one, so you’re fumbling around looking for something.

Why I Hate Using the iPhone Light

Many people use their phones as flashlights these days, and I have done so too, in a pinch, but the issue that I have with using phone lights is that those LEDs are only good for five feet of usable light around you.

Those phone lights don’t have “throw”, and would be useless if you needed to get a bearing on your surroundings. I carry a small AAA light that’s only 3.5 inches and can throw light up to 25 feet.

It’s good in a pinch, and when I have needed to use it in emergencies. It lights the way while I go get a more powerful light to address the situation.

Because of their popularity, Tactical flashlights are being copied with cheaper materials, and can be found everywhere — I saw a bunch of them at a dollar store recently.

NEVER buy cheap knockoffs! When you reach for your Tactical Flashlight, you need to know:

Many of these cheap “tactical style” lights may look like the real thing, but usually are made of cheap plastic, thin battery contacts, and low brightness LED lights.

When you use one of these lights, you’ll find that they break quickly under normal use, eat battery power faster and generally don’t work when you actually need them.

Spend a little more on a good tactical light from a reputable manufacturer if for no other reason than for peace of mind in stressful situations.

What are Lumens and LUX?

One of the indicators on how much light a tactical light puts out is by its lumen or lux rating. How effectively light can pass through the optics of the flashlight is called “luminous flux” and is measured in Lumens. 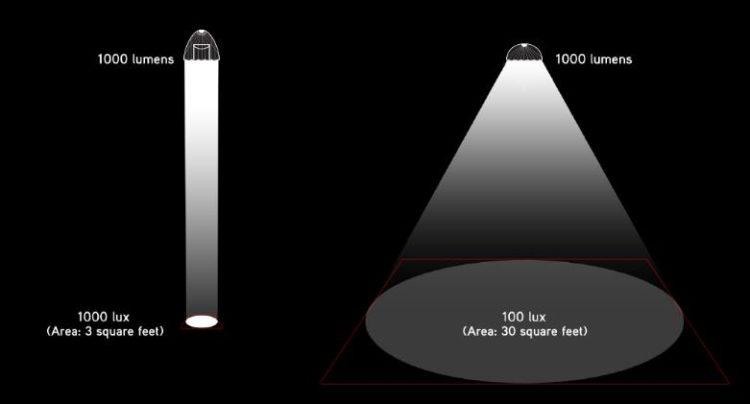 Many of the better tactical lights will have more than one light output options, or mode. You will commonly see the following modes featured on good tactical lights: