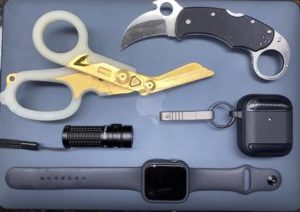 You may have heard the term floating around, but very plainly, an Everyday Carry (or EDC for short) are the things that you carry with you every day.

Right now, I expect that you already have an EDC without knowing it.

Your watch on your wrist. The keys on your belt. The wallet in your back pocket. This is probably part of your everyday carry gear right now.

What is Everyday Carry?

Everyday Carry is simply the things that you carry with you every day, whether that be on your person, in a pouch, bag, backpack or purse. They are items that you frequently reach for during the day, or at the very least want to have with you just in case.

What Does Everyday Carry Mean?

As of recently, the term, “Everyday Carry” is lifestyle customization. It’s the thought that goes into preparing the things you’ll need when you leave the house. It’s also the strategy behind the items you bring.

Everyday carry, as a lifestyle means having what you need or want to have with you when you need it.

For a parent going out with their infant, this means taking diapers, wipes, bottles and everything else you’d need for the excursion.

For an IT Professional, it may be a laptop, tablet, mobile phone and portable battery chargers as a start.

Students usually have textbooks, notebooks, pens, pencils and a backpack to put everything in.

You probably get the idea.

It’s really not any different that what you do already, other than thinking ahead and taking needed items with you that you anticipate using during any given day.

What’s in an Everyday Carry?

EDC can vary a lot from person to person. And that’s not surprising as everyday carry boils down to a personal choice of what an individual wishes to carry. The items are usually based on personal habits, line of work, station in life and forward preparedness based on past experience.

Who Carries an EDC?

The funny thing is that virtually everyone has an EDC whether they know it or not. Carrying your phone, keys and wallet every day as you go out definitely qualifies as an EDC, and you’ll find some bag dumps that are just that.

Generally speaking, the EDC community is a group of individuals that are acutely aware of what they carry and what they need on a daily basis.

What Are Common Items Found in An Everyday Carry?

The assortment of items varies from person to person, but besides the phone, keys and wallet, many people in the EDC community prefer to carry a few basic items: 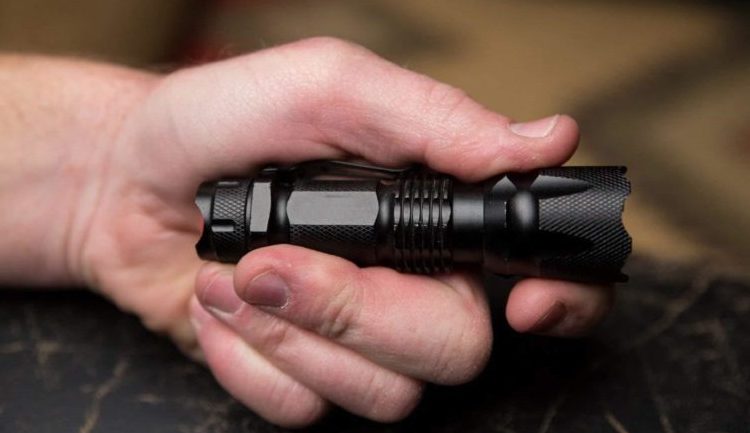 A dedicated flashlight, also referred to as an “EDC Flashlight” is usually small enough to put into a pocket, and often runs on a single AA, AAA or CR123 battery.

These compact lights are designed to output a lot of light for their small size, usually emanating from a Light Emitting Diode (LED). Many have long run times and enough power to identify objects at distances of 25-50 yards in urban darkness. Some of the most popular EDC flashlights are made by Streamlight, Fenix, Nitecore, Maratac and Thrunight.

Also ubiquitous among the EDC community is the presence of multitools. These compact tools are an expansion of the Swiss Army Knife idea, where you have many different tools (packed in the handles) of a folding set of pliers.

Some of the most popular multitools are made by Leatherman and Gerber, and multitools can come in many different configurations. 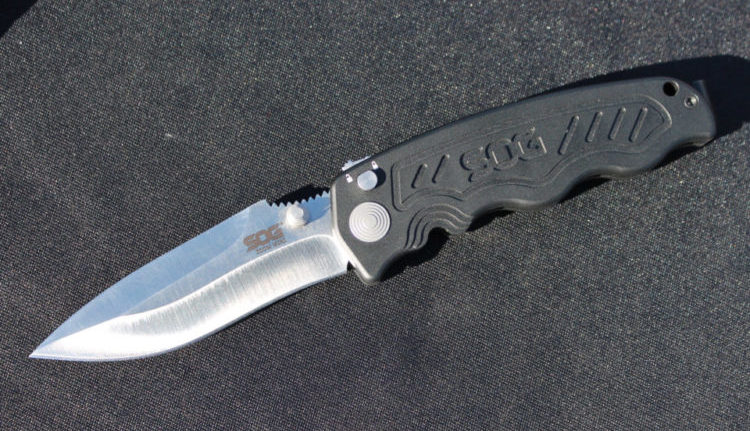 Knives are also ubiquitous among the EDC Community as everyday carry items. You’ll find that these knives can be anything from folding knives to fixed blade knives.

While most multitools do come with a knife, many feel that having a dedicated knife to get the job done is prudent.

Other carriers will keep more aggressive knives for personal protection, and there are some who just carry a small knife just in case it’s needed. Some of the most popular knives are made by Gerber and SOG, but you’ll find a very wide range of styles and makers that people carry.

How to Get Started In Everyday Carry

Even if you’ve never thought about it, you’re already carrying an EDC. Like it was mentioned above, just having a phone, wallet and keys qualifies as an EDC, however…

Think About What You Need During the Day

These are things that you frequently wish you had on you on any given day. Some of the newest items people are carrying are portable mobile phone chargers. With bigger phones that eat power like it’s a snack, having backup power is critical for many.

You may decide that always having a pen on you would be really nice, and for many, a small Fisher Space Pen does the job nicely. Again, these are items that you wish you had on you frequently.

Think About What You Already Carry

So you have a set of keys on you every day. Perhaps you decide that you’d love to hang a small multitool on the ring, such as a Leatherman Squirt or Gerber Dime, so you always had a small set of tools with you. Also think about what you carry by habit that you never need. Perhaps there’s the last Harry Potter novel in your backpack that you just don’t have time to read… take it out and save a bit of weight.