The Nitecore SRT7 “Revenger” is a formidable light for any carry. But when you need a whole lot of light downrange in a small, convenient tactical flashlight.

It really doesn’t get much better than the SRT7.

This flashlight features a CREE XM-L2 T6 emitter and can run either one 18650 cell or 2x (R)CR123 cells safely. But the best part is that rather than have the standard High/Medium/Low brightness settings. You have a rotating ring that allows you to vary the light to the exact brightness that you need. All the way down to .1 lumens!

Best In The Bag, Not In Your Pocket

Initially, I was carrying this light in my pocket for the first day, but people kept looking down at my 5.11’s wondering what kind of boner I’d just sprung, so I moved the light to my Every Day Carry (EDC) most of the time.

There were a couple of nights I tried wearing it on my belt for the evening, but even then, it really was a bit bulky at the head, so I really can’t recommend keeping this light on your person for long periods of time. In the EDC backpack, the SRT7 fit nicely in one of the straps on the side of the bag, so I could reach it without having to take the backpack off. 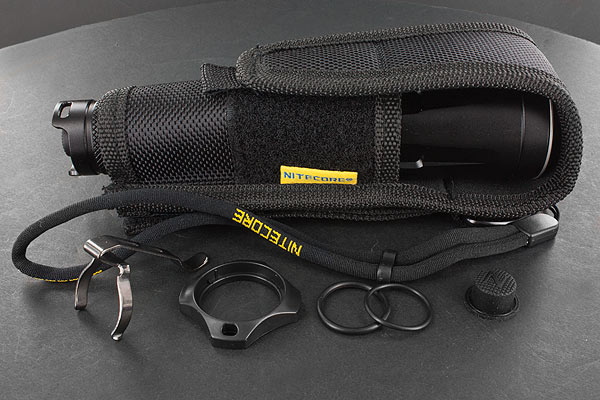 There were a couple of notable occasions that I used the light in a real world test.

The first was an “urban environment” test.

I took the light out on a bike ride, and for a couple of blocks. I had the light at full power (960 lumens). Even though I lit the street up, oncoming cars were flashing their high beams at me as my light was just too bright. I move the variable brightness ring to about halfway (roughly 400-500 lumens). And while I still had more than enough light to bike around in, I didn’t get the high beam flashing from cars coming in my direction.

The second test I did was about 20 miles out of town on a very vacant road.

While I don’t condone doing this unless there is no other alternative. It’s good to know that your Nitecore SRT4 can be held out the window if your headlights fail, and will provide a lot of light down the road for about 200-300 feet at full brightness.

When you’re driving 30-40 miles an hour, and the ambient temperature is about 40 degrees. And the Nitecore SRT4 stays cool enough to run full 960 lumens from the wind cooling the light. I actually had to put on gloves because my hand was getting quite cold.

Other than those two notable tests, I used the SRT7 for regular duties, rummaging around the basement, tinkering in the garage and even reading my kid’s bedtime stories. The SRT7 fit quite nicely between my neck and chin while I read, but it was a bit too heavy, so it fell off my shoulder a couple of times. I never really took the light all the way back up to full brightness, and usually it stayed between 25% and 75% power depending on the job needed. It was extremely reliable, working every time I turned it on without fail, and felt solid in my grip.

Useless Features (for me at least) 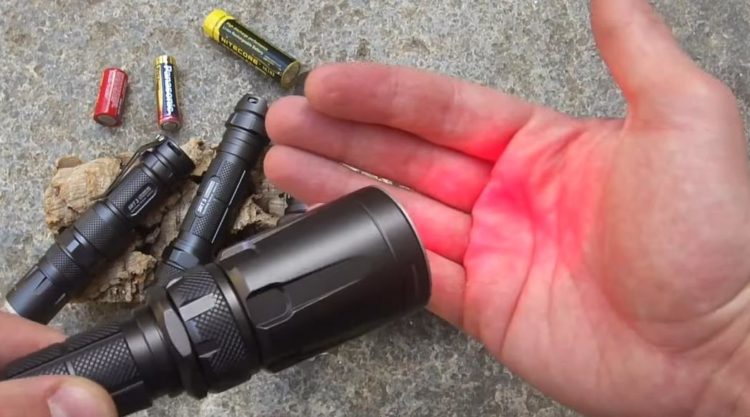 The Nitecore comes with three additional LEDs that put out red, blue and green light, as well as having a “police flashing” mode between red and blue. The latter is totally useless for me because I really don’t need to be cited for impersonating a police vehicle, and I really can’t imagine when I’d actually need to use it. The red LED does have some use if I want to preserve night vision, so I did use that a few times moving about the house at night after the family was in bed.

The belt clip is something that I rarely ever use, and that’s just me, personally. I took it off the first day because it would get snagged on clothing or my EDC when pulling it out. I tossed the clip in a drawer and it’s been there ever since. 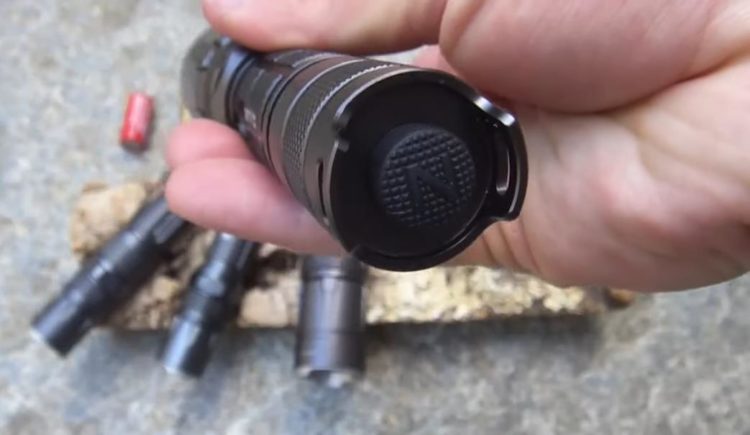 I’m pretty much a geek. It kind of goes hand in hand with being a web developer. I love the looks. It’s formidable enough to convey the message that you mean to light something up downrange when you pull it out. Friends like to borrow it just because it’s more powerful than their Maglights ever could hope to be. The police flasher function is always something uselessly cool to show people and just telling people it has 960 lumen output is way cool.

Besides the police flasher, the SRT7 has two other special modes: A Location Beacon (Flashes once every couple seconds) and a Strobe (fast flashing) that’s good for getting people’s attention (Not like the police lights wouldn’t).